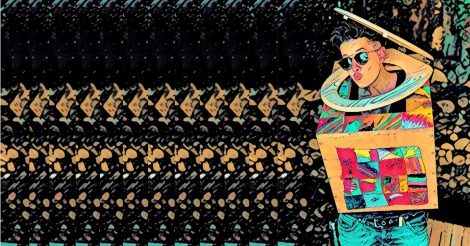 Between February 2018 to September 2019 I received a creative fellowship from Musagetes Foundation. During this period, in collaboration with Vanessa Andreotti and the Gesturing Towards Decolonial Futures (GTDF) collective, I developed a series of works under the pedagogical umbrella of an investigation we entitled “Engaged Dis-identifications”.  The process focused on the creation of a set of embodied practices that could invite the interruption of colonial patterns of knowing and being and tap capacities for sensing and relating that have been exiled by modernity.  They build on my work in performance art and contemporary queer ethico-political concerns/ practices, but also sought to open different horizons and political possibilities towards a metabolic pedagogy based on decentering human protagonism, disarming separability, decluttering existence and developing discernment towards more generative relations between and within communities affected by historical, systemic and on-going violence.

The following PEDAGOGICAL NOTES on GTDF’s website feature some of the work developed during this period, registered through a variety of different formats such as documentation of workshops, poetic texts, videos, etc.